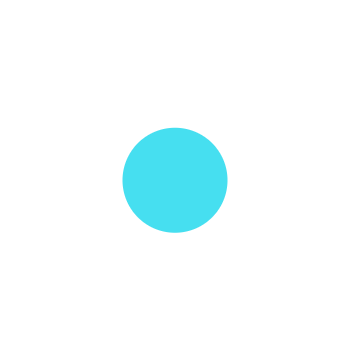 Thinking of Attending a Spanish Bullfight?

As I headed to the bullfight, I can tell you that I knew very little about this tradition before I attended. At that time I couldn’t say what happens in bullfighting. I thought my much about why it existed or what the purpose was. I knew there was a matador bull, and he waves his little red flag, and the bull charged.  For me, seeing the matador and the first bull dance to its death was enough for me. but then there were five more rounds after that.  Each round takes around 20 minutes from the release of the bull to the placement of the pica to the final kill.  The matador’s performance was truly the best part of the show. He parades himself around the bull and demonstrates his level of cockiness with the flick of his head up and down.  All I could think of at that point was that he was saying “Hey Ese,” with his nod.  Lol. What is Bullfighting and Why does it Exist?

There of course are the good, bad, and ugly surrounding bullfights.  I’m writing this to help make sense of several thousand-year-old rituals.  Bullfighting is engrained in the Spanish culture that generally exists of 3 bullfighters, 6 bulls, and a 2-2.5 hours dance between the fighters and the bulls ending in death.

According to Earth and Animals:

“While its exact origins are not known, bullfighting is believed to have emerged in connection with ancient fertility rites. In 1567, Pope Pius V decreed that “exhibitions of tortured beasts or bulls are contrary to Christian duty and piety.” He called for “an end to such bloody amusements, abject and more appropriate for devils than for men.” The penalty for violating this decree, which has never been repealed, is ex-communication. In 1725, bullfighting began to assume its present state when Francisco Romero invented a stick with a red cloth suspended from the end, which he used to tease and torment the bulls. Today’s bullfighting maneuvers became defined in the 1700s and have changed little since. Recent polls of Spanish citizens show they are not particularly interested in attending bullfights. But tourists’ money keeps bullfight profiteers in business”. How Are Bulls Treated Before a Bullfight?

So now for the laymen’s terms of what takes place during a bullfight:

If you want to know what happens in bullfighting and how are bulls treated before a bullfight, Here is the explanation.

There are 3 mandators and each one has 2 bulls to take on for a total of 6 bulls.  He’s one of the last to touch the bull as there are a few steps before the main part of the performance.

Step 1:  Bring out the bull Step 2: Entertain the crowd-the matador's challenge and begin to tire out the not-so-happy bull. They use a yellow and fuchsia cape rather than red to provoke the bull to charge at them.  This starts the process of tiring out the bull, as they push the bull towards the Picador “the guy on the horse. Step 3:  When the bull gets close enough to the picadors, he stabs it with a stick that has a razor-like blade (pica) attached to it into the shoulder muscle as the bull rams his horse with his horns and begins to bleed. The poor horse is blindfolded, but thankfully armored with a “peto,” a thick mattress-like coat of armor so he won’t get stabbed by the horns.  Although, I’m sure he feels the solid thud of the bull ramming his side.  Personally, I’d be ticked if I was the horse.  Blindfold me and then have a 2,000 bull come at me with pointy horns.  Ah hell now!  The blade is rammed into the bull’s shoulder so that the bull begins to drop his head down, so it allows for easier access later in the fight. Step 4:  Several other mandators then come out with colorful barbed sticks to stick in the back of the bull 2 at a time. They wear him out further as the bull begins to bleed, and the pain of the sticks causes the bull to further drop his head. After 6 sticks are placed it is tied for the final act of the show. Step 5: The senior mandator comes out and begins his portion of the show.  Taunting and dancing with him, flag and sword until it’s time to find the opening on his back to thrust into. Oddly enough the bull seems to be a part of his own performance.  As if on cue he waits until he’s told to come past as the matador lines it up to shove it in with one try.  This portion should not take more than 10 minutes from start to finish and is where the matador demonstrates his level of skill and artistry.  He uses the red cape which is smaller, as well as a muleta.

The muleta is a stick that looks similar to a sword which will also prove the bull to charge at it, getting the bull closer to the matador’s body.  The closer the bull passes, the higher the skill, artistry, and courage a mandator shows.  After the number of passes and the matador determines that the bull is tired and ready for the final step, he steps to the side and acquires the actual sword.  As the mandator arranges himself in front of the bull, provoking the bull to run directly at the blade, the lowers his head, charges, and leaves the opening on the neck to smoothly run the blade into severing its aorta, which should kill the bull instantly. Step 6: If the mandatory misses the heart, the bull falls to the ground and another mandator comes to the stage with a dagger to finish him off.  This can take one to numerous stabs to finish the bull.

The Spanish bullfight is judged by the Presidente and the crowd to determine if the mandator is worthy of the first ear, and other ear and tail.

Step 7: A team of horse drag the carcass of the bull out of the arena and the crowd celebrates, which certainly illicit a number of emotions that you may not have initially been prepared for when you book your tickets. Personally, I’d like to see a bit more of a fair and equitable fight if this ritual is to continue. The bulls seem to be very well trained to move around the arena and don’t even take off running at the mandator unless the little flag is waived.  If I were a bull and having a bunch of pointy sticks shoved into my neck, the and the first opportunity when the mandator turns his back on me, he’s gonna have a shiny new horn shoved up his…  Now, with multiple bulls, and fewer mandators, let the challenge begin.

Now, if I would have done a bit of research beforehand, I would have known what makes for a good bullfight or at least the purpose.  I chose to attend because it’s something that’s been around for ages, but now, I can honestly say, I have no desire to do it again.  It is a ruthless process that I don’t believe should exist, but without seeing it and experiencing the violence, I wouldn’t have been able to tell all of you. And I think, now you gathered some idea about what happens in bullfighting.

If you'd like to see a bit more of this amazing display of history and culture, definitely check out the Running of the Bulls here.

Or to pick out a new destination around the world, click here and always ensure you Travel Till You Drop!